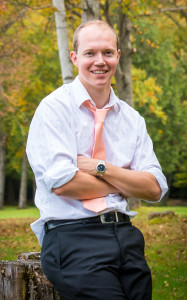 landscape and weather. In 2003 he began chasing storms in Australia,

and in 2010 he first travelled to the United States to chase, returning each

year since and moving to New York in 2013. John’s photography has

regularly appeared on the Hunters of Thunder blog,  in a recent textbook

by Howie Bluestein), on the homepage of Columbia University, in blog

entries from the International Research Institute for Climate and Society

as well as other print media.

He began storm chasing in Melbourne, Australia in 2003, and is regarded as one of the more successful Australian storm chase photographers. Chasing in Australia requires a detailed attention to the forecast, with limited remote data much like that seen in the United States in the 1990s. Learning from this experience, in 2010 he first travelled to the Great Plains of the United States to chase, and has been returning ever since, ranging over 60,000 miles of the continent. He has seen 73 tornadoes between the two continents and continues to chase each year, and observed the El Reno, OK tornado in 2013. He maintains a chasing and photographic blog that can be found at www.hunterofthunder.com.